When we hear people talking about a move to Western Australia sometimes we wonder whether they grasp the size of the place. Moving between cities in WA isn’t like moving between London and Manchester, it’s more like moving from London to Rome by land.

Western Australia remains one of the most affluent regions in the Southern Hemisphere with most commercial activity centered in Perth and the surrounding areas. It’s from Perth that people working in the mining and offshore industry live and fly in and out from and its commercial center is one of the most dynamic in the whole of Australia.

As you can imagine demand to immigrate to Perth and WA as a whole is strong and the State has the ability to pick the best migration candidates out of over 150,000 applications every year. Moving to western Australia is about Perth choosing you, rather than you choosing Perth so it’s especially important that we build out the best possible application to help you and your family emigrate to Australia.

Complete our free visa tool to check your eligibility today

People want to move to Western Australia for a variety of reasons and whilst every situation is unique we do find on the whole that people look to move to Perth in preference over many of the other cities such as Mandurah, Rockingham, Bunbury, Kalgoorlie, Geraldton, Albany, Kwinana and Busselton.

Perth is one of the most beautiful and desirable places on the planet and one of the favorites among both the team here at Let’s Go! Global and our clients. With a consistently strong economy, great schools, a strong expat community and being located along 40km of sandy beach on the Indian Ocean what’s not to fall in love with… If those weren’t enough reasons to move to Perth then do remember that the weather in Western Australia is often described as perfect, with hot summers and a temperate winter season.

After this two year timeframe the visa caveat disappears and you’re free to live and work anywhere in Australia as your visa starts to move towards Citizenship. Therefore a move to Western Australia is often the first step for many people and most tend to stay once they’ve experienced everything that Perth and other cities have to offer.

The other route besides the 190 is the 489 WA Visa. The 489 is an initial temporary visa class that lasts for four years before converting into a full PR visa. The 489 WA visa then is sometimes used as the first visa on the road to a more permanent stay in Australia.

If you have an occupation on schedule one of the Skilled Occupations List (as well as meeting the other Australian Immigration criteria) you may be able to secure a 189 PR Visa which allows you to live and work anywhere in Australia from day one. If you‘re keen on Western Australia and Perth then this visa will certainly do the trick.

Many people don’t have an occupation on schedule one of the skilled occupations list so they need to start looking at whether their occupation in in critical demand within the state of WA.

Check if your occupation is in demand in Western Australia by searching all 175 occupations currently in local demand.

If you’re having difficulty finding your occupation in the above table simply take our free visa assessment and let us assess your chances to move to Western Australia or even some of the other States and Territories.

My occupation is wanted in Western Australia how do I emigrate to Perth?
Great news! For PR visa applications we always recommend you appoint an experienced and qualified MARA agent although in terms of general overview what you now need to do is check your immigration points score ensuring that you have a minimum of 65 points.

Remember, because you’re calculating your migration points for a WA 190 Visa then you can add on the all-important extra 5 points for State nomination and Sponsorship.

Western Australia State nomination migration requirements 2016 / 2017 dictate that stage one is to submit your Expression of Interest visa the SkillSelect online migration portal.

Providing you’ve at least 65 points and a positive skills assessment you are considered eligible to express and interest in Western Australia State migration.

Candidates are usually selected against a number of criteria such as points score, local state demand and occupation ceilings. When we talk about ‘local’ demand do remember that west Australia is larger than half of Europe combined!

Once you’ve been invited to apply by the WA Government Visa then the application fees are due:

These are usually paid directly by card payment and are non-refundable in any instance so at this point its worthwhile double checking your EOI and making sure its 100% accurate before moving forwards. Your consultant at Let’s Go! Global will arrange everything to do with your formal application so you have nothing to worry about.

You will usually have 28 days to accept the offer so you’ll need to act fast at this point. Remember also that the Australian Immigration online Portal is not always the most reliable and do be prepared for some ‘timeout’ frustrations.

A full list of the Western Australia State Sponsorship occupation lists is below, along with whether an occupation is classed as either Schedule one or Schedule Two for the State of WA.

If you have an occupation on Schedule One of the WA Occupations List then you’ll need to satisfy the following criteria before your 190 visa will be granted:

Have a job offer or contract of full time employment for at least a year in your specified or closely related occupation or be able to show evidence of at least three current and active job opportunities in regional west Australia.

If your occupation is on schedule two of the WA list then you’ll need to have a firm offer of employment and contract in place covering at least the first twelve month period for your 190 or 489 visa to be granted by immigration.

What next in my Perth Immigration
Take a look at our Migration checklist which is designed to break the immigration process and requirements down into easily managed segments.

At first glance moving to Perth can seem to be a little overwhelming which is where Let’s Go! Global comes in. Your dedicated account manager and MARA agent are on hand to smooth the bumps and ensure a positive successful outcome leaving you free to plan the more exciting aspects of your move.

A move to Western Australia can sometimes be a frustrating task and it’s important to remember the Global element of Australia Immigration. There are many thousands of people from all over the World looking to immigrate to Perth and it takes time for Western Australian Immigration to process everyone. Stick with it, if you have a great case you should get there in the end. 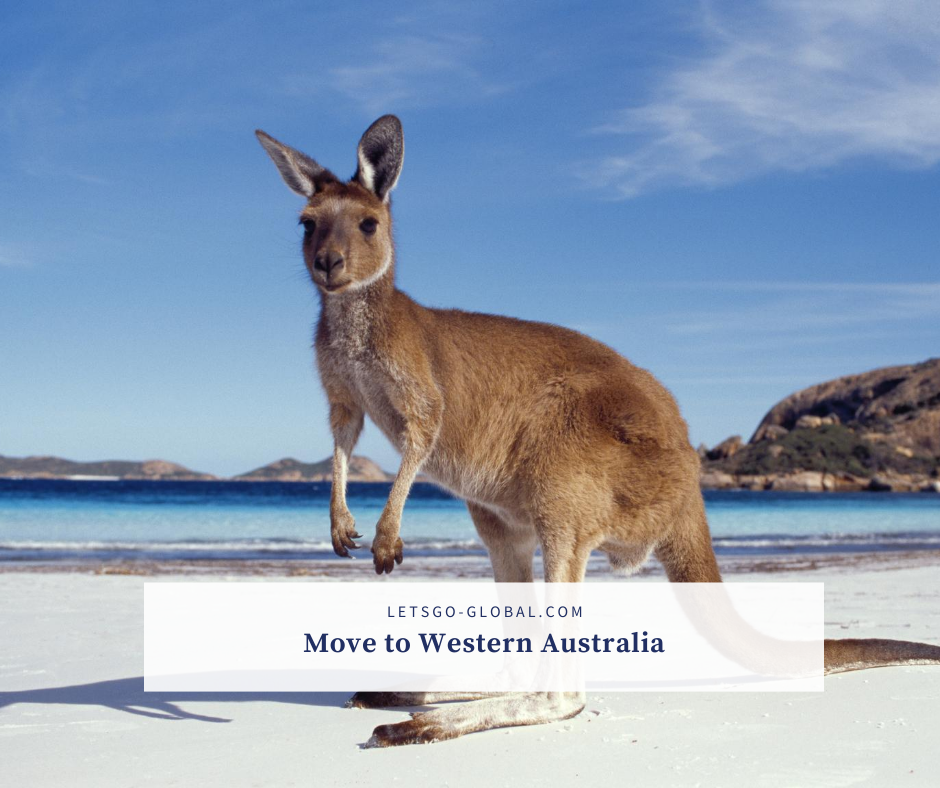