No one can blame you for thinking of making the move to New South Wales, it’s by far one of the most popular destinations for individuals and families immigrating to Australia from all over the World.

Once you move to New South Wales (NSW) you’ll find yourself in Australia’s oldest State with a population of 7.5 million resting in the temperate South Eastern region of the Continent.

NSW is renowned the world over for having the best quality of life of all the major Australian Cities with its amazing beaches and huge variety of outdoor life. Sydney has been voted the World’s friendliest city and New South Wales is where almost half of the top businesses in the Country have their Australian Headquarters. It really is no surprise that New South Wales is known as the ‘Premier State’.

Let’s Go! Global are NSW immigration experts having assisted many applicants make the move to Sydney and surrounding areas in New South Wales.

Indeed, whilst many people initially think of Sydney as their first immigration destination it’s worthwhile considering the many other beautiful large urban areas with great friendly communities (expat and local).

How do people move to New South Wales?
A move to NSW is never going to be easy, as with most of Australia Immigration there are many processes and stages to go through before your New South Wales Permanent Residency Visa can be granted.

New South Wales is a very popular and competitive destination for skilled immigration, with some four thousand candidates being offered the Skilled Nominated (subclass 190) NSW visa. Candidates are selected for the 190 NSW Visa based on a combination of occupation code, total points score and ceiling limits for each application.

NSW PR can be achieved through a variety of ways:

When calculating your Australia Immigration Points if you have an occupation on the MLTSSL and can hit the 65 point requirement level you should have eligibility for the 189 PR Visa.

The 189 Visa allows you to live and work anywhere in Australia from the moment you arrive so you don’t have to worry about nsw state nomination or sponsorship.

Many candidates for migration keep as many options open as they can and Let’s Go! Global recommends to always express an interest both for the 189 and various 190 state sponsored visa programmes of which New South Wales is one of the toughest.

If you’ve an occupation on the CSOL but not the SOL then you’ll need to apply for NSW State Nomination (unless you’ve got close family members living in Australia who can provide local family sponsorship options for this).

The NSW Nominated Visa (190 visa) allows Permanent Residency for skilled migrants on a points tested basis with the NSW Dept. of Commerce nominating highly skilled candidates with the occupations needed to develop and continue the State’s economic progress.

Once you’ve identified an occupation on the nsw list 2016 (also known as the NSW Priority Skills List) be sure to add on a further 5 points for eventual receipt of the NSW nomination. These five extra points are added to your application automatically when you receive a NSW notification.

State nomination visas are deigned to address critical skills shortages on a ‘local’ level… Even though we use the term local do remember that if New South Wales was a country in its own right, it would be the 35th largest in the World!

Lodge an Expression of Interest
Lodge via SkillSelect for New South Wales and keep it updated; this information must match 100% with your eventual visa application

Receive a NSW Invitation 2017 – 2018
The New South Wales Dept. of Commerce selects the top ranking applications in each occupation code to apply for State nomination and ultimately move to New South Wales. There is no guarantee that any application will receive NSW Nomination and selections are an ongoing process.

An Expression of Interest for a NSW 190 Visa can remain open for a maximum of two years at which point it’s automatically cancelled and, providing a candidate is still eligible, they’ll have to resubmit a new expression.

Many clients want to eventually move to New South Wales and our record for receiving an invitation to apply from the State is currently less than three days from submission of Expression of Interest.

Once an invitation has been issued it contains a link to the New South Wales Immigration online application form. Please make sure you don’t click this link too many times as it has a built in safeguard to prevent fraud and will cease to function.

A candidate will only have 14 days to make a decision whether to accept the 190 NSW invitation and at point of acceptance the Australian Government fees are due:

Once your Government Fees have been paid then it’s time for medicals, police checks and of course to substantiate all the claims made in the EOI with certified paperwork.

NSW State Sponsorship Processing Time
Providing everything is in order you’ll eventually receive notification that your Permanent Residency visa application to move to New South Wales has been successful. It’ll take a maximum of 12 weeks although will usually be completed quicker. Please note that whilst 12 weeks is the stated time-frame if your Case Officer requires further information it can take much longer.

Let’s Go! Global has many years of collective experience in the successful case management of NSW 190 Visa applications. In order to check your eligibility for NSW Immigration complete our NSW 190 Visa Checker

Move to New South Wales on Skilled regional nominated migration (489)
By including the 489 NSW visa on your initial expression of interest you can add a further 10 points to your overall migration points score and may receive an invitation to apply for a NSW 489 Regional Nomination visa.

*You may add 5 points for the 190 and 10 points for the 489 although the maximum that can be added are either 5 or 1-0 respectively. Don’t make the mistake of adding them together to make 15.

The biggest difference between the 190 and the 489 is that its an initial four year temporary skilled work visa which requires you to live and work in regional New Soith Wales in one of the following areas:

Once on the 489 visa pathway there is a clear and well-trodden pathway for full permanent residency and eventual Australian Citizenship. 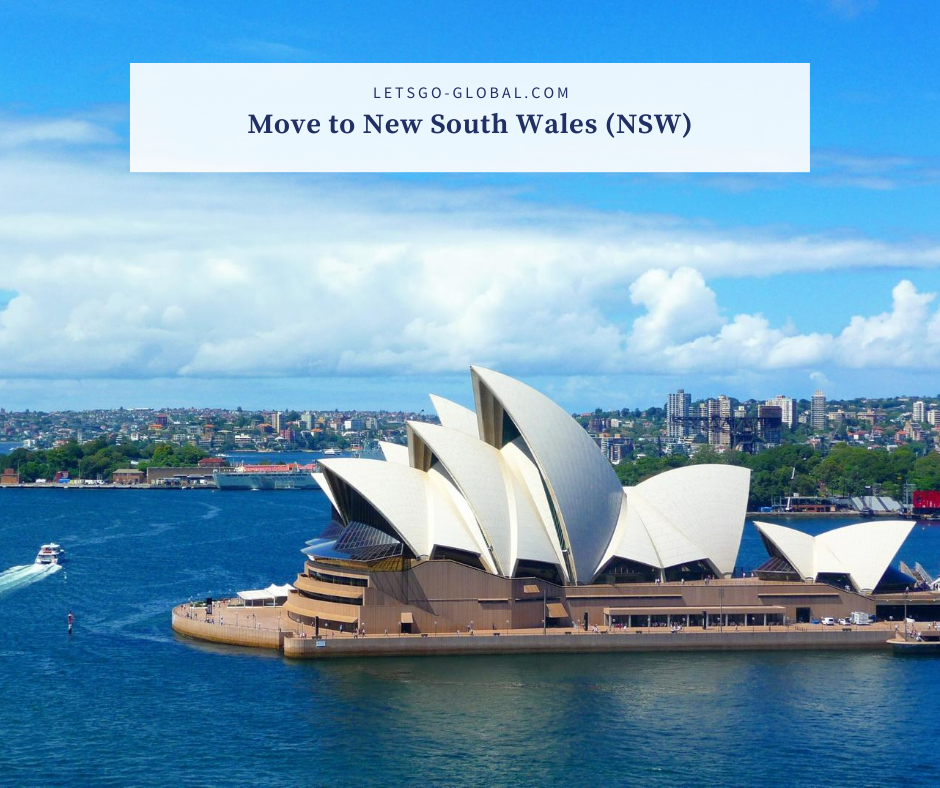